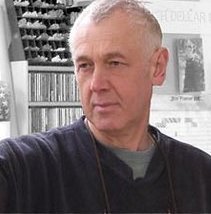 Roger Dellar is a self-taught artist, born in St Albans in 1949. His enjoyment of painting is the process rather than the end result. It is about finding the subject and letting it emerge. He wants the painting to read from a distance as reality, but close up to be a series of marks using a limited palette adding a few bright colours for emphasis.

Most of Roger’s work is created by painting a series of small oils on location and developing them later into larger, more considered pieces in his studio. He is an elected member of The Royal Institute of Painters in Watercolour, The Pastel Society, and The Royal Institute of Oil Painters. He has won numerous awards including the ROI Cornelissen Prize in 2009 for Painting. His work can be found in private collections worldwide.